The Christian and Music (2): Everything Sin? I don't think so. 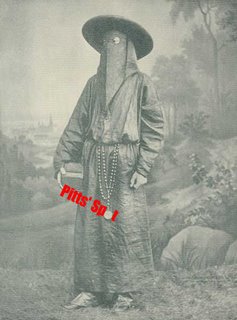 Ok. I’m finally getting back to the discussion from two weeks ago that I started about the Christian and music. I’ll summarize the comment section for any newcomers. Two basic questions arose, and I have summarized them this way:

(1) If we are to agree that no thing is morally unaffiliated, how are we to determine what is evil and what is good?

(2) Assuming the morality of all things and the universal reach of the curse of the fall, how are we to avoid the conclusion that every thing is actually immoral?

I will take the second question first because the question of determining what is good and what is bad is dependent on the assumption that some things may actually be good.

Avoiding the conclusion to which Tim Barker alludes is important for a number of reasons. I have a vested interest in showing that all impersonal things are not intrinsically evil.

(1) Theologically, if all impersonal things are intrinsically evil, then it would be impossible for Paul to say that “since the creation of the world God's invisible qualities—his eternal power and divine nature—have been clearly seen, being understood from what has been made, so that men are without excuse” (Rom 1:20). If creation is utterly evil, it cannot show forth God’s glory in a way that renders humans defenseless before his bar of judgment.

(2) Christologically, if all impersonal things are intrinsically evil, then the unfertilized egg of Mary was evil in her womb. The implications for the sinlessness of Christ are lethal.

(3) Eschatologically, if all impersonal things are intrinsically evil, then nothing in the universe has any hope of redemption or reconciliation. But the Scriptures are clear that the creation will be redeemed (Rom 8:18–21) and reconciled (Col 1:20).

There are probably other reasons that I am committed against saying that all impersonal things are morally evil, but these particularly important reasons come to mind. So how is it that I avoid this conclusion I so want to avoid? Well, let me argue by analogy with the practices of polygamy in the OT.

The analogy is inevitably flawed in that we are talking about impersonal things and polygamy is an activity of responsible persons. But there are some definite similarities as well, so bear with me. The teachings of Jesus are clear that God’s ideal for marriage is one man and one woman for life (Matt 19:5–6). However there are numerous examples of polygamy in the OT which escape without specific condemnation. In fact, look what God says when he is rebuking David for his sin with Bathsheba, “I anointed you king over Israel, and I delivered you from the hand of Saul.  I gave your master’s house to you, and your master’s wives into your arms” (2 Samuel 12:7-8, emphasis added). Polygamy was regulated, but it was not disallowed. Polygamy is not the ideal, but it was not (at least under the Mosaic code) morally evil in all cases.

Perhaps you see where I am going. The Fall introduced some complexities into the marriage relationship which strayed from the ideal. God administrates these complexities, disallowing some activities which completely destroy the ideal (e.g. homosexuality, adultery, etc.), and simply regulating others (e.g. polygamy). In the same way, the Fall introduced complexities into impersonal things. While Paul may say, on the one hand, that “God's invisible qualities—his eternal power and divine nature—have been clearly seen, being understood from what has been made,” he is also clear that the creation is in “bondage to decay” (Rom 8:21), that is, it does not meet God’s ideal. But as we have seen that does not mean it is intrinsically evil.

So in my mind saying that there is no such thing as a morally unaffiliated thing does not necessarily lead me to conclude that the fall has rendered all things morally evil.

This occurred to Jeremy Pittsley at 07:45

Ahhh, the great "genius of the Incarnation." Great point Pitts (love it!) and also some good thoughts on polygamy. Looking forward to more on this "hot topic!"