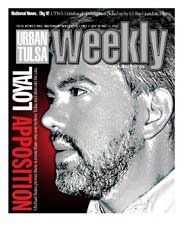 While the PCA (which has its General Assembly this week) has its lively theological debates, they are well within the scope of the Westminster Confession, the historic standard of Presbyterian belief. There are 27 overtures on the agenda -- many dealing with presbytery boundaries and committee structure -- but the big theological issue at this year's GA will be whether the Federal Vision / Auburn Avenue / New Perspectives on Paul understanding of covenants and justification are within the bounds of PCA doctrine.

That grace period has long since ended. It would be a huge sacrifice for a congregation to leave the PCUSA, but the level of nonsense seems to grow year after year.

UPDATE: Here is the nonsense in the PCUSA to which he refers:

BIRMINGHAM, Ala. (AP) — The divine Trinity — "Father, Son and Holy Spirit" — could also be known as "Mother, Child and Womb" or "Rock, Redeemer, Friend" at some Presbyterian Church (U.S.A.) services under an action Monday by the church's national assembly.

This occurred to Jeremy Pittsley at 16:01