Five Answers to the Christ and Culture Question 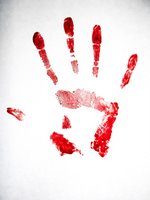 Now that we have a modicum of understanding of Niebuhr’s theological grid, we may summarize the historical categories he developed to answer the Christ and Culture question. One of the interesting things about these categories is that Niebuhr admits that no historical characters are perfect matches for the types that he describes. He gives historical examples of each type, but readily admits that the examples that he gives do not fit precisely into his categorization.

Some have criticized this approach, and they make some valid points. But the approach has the advantages not only of admitting that history is messy business but also of remembering that there is some order to it all. Those who have undertaken advanced studies in any field know that nobody in academia dots their Is or crosses Ts the same way. But this doesn’t mean that there aren’t schools of thought within each field. Though very few would match up with the majority position on every detail, there is still a majority position on every detail. And that’s where Niebuhr attempts to put the weight of his explanation. He tries to divide the most influential Christian theologians into five separate schools of thought with respect to this question.

With these caveats in mind, we may proceed to survey the five typical answers the historical church has given to the question, “How do the claims of Christ and the claims of culture relate to each other?” When he categorized these five answers the church has given Niebuhr was trying to place them on a basic continuum between obligations to Christ on one side and obligations to culture on the other: Christ against Culture (e.g. Tertullian, Anabaptists), Christ and Culture in Paradox (e.g. Luther, Kierkegaard), Christ transforms Culture (e.g. Calvin, Niebuhr), Christ above Culture (e.g. Aquinas, modern Catholics), and Christ of Culture (e.g. Peter Abelard, thorough-going modernists).

This occurred to Jeremy Pittsley at 16:12