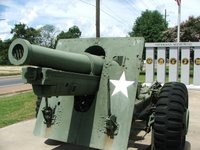 I discovered this summer just how controversial the topic of worship really is when I attempted to record a few of my opinions about the relationship between aesthetics and ethics. I actually got a few comments! But our current worship wars (and the culture wars behind them) are not without historical precedent. The Puritans waged war (at times literally) against the established church on this very matter. I think their starting point, specifically their definition of worship, in the debate ought to be held in common by all sides of the debate today. I love especially the John Owen quote (italics mine).

These problems [i.e., areas of disagreement] concerned the forms and externals of worship only, and our present interest is rather in the reality of worship, as the Puritans understood it. Here, wherever else they differed, they were at one, and the written material they have left us is completely homogeneous…. What is worship? It is, says John Owen, an activity designed to “raise unto God a revenue of glory out of the creation.” In the broadest sense of the word, all true piety is worship. “Godliness is a worship,” wrote Swinnock. “Worship comprehends all that respect which man oweth and giveth to his Maker…. It is the tribute which we pay to the King of Kings, whereby we acknowledge his sovereignty over us, and our dependence on him…. All that inward reverence and respect, all that outward obedience and service to God, which the word (sc., godliness) enjoineth, is included in this one word worship.” Usually, however, the Puritans used the word in its narrower and more common sense, to signify all our communion with God: invocation, adoration, meditation, praise, prayer, and the receiving of instruction from His word, both in public and in private (J. I. Packer, “The Puritan Approach to Worship,” The Puritan Papers, vol. 3, p. 9).

This occurred to Jeremy Pittsley at 06:03