The Law is Good 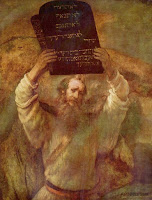 One word rests on my fingertips ready to fit itself right into a one word summary of this passage: condemnation.

We know that the law is good if one uses it properly. We also know that law is made not for the righteous but for lawbreakers and rebels, the ungodly and sinful, the unholy and irreligious; for those who kill their fathers or mothers, for murderers, for adulterers and perverts, for slave traders and liars and perjurers—and for whatever else is contrary to the sound doctrine that conforms to the glorious gospel of the blessed God, which he entrusted to me.

It seems that Paul is both expanding on and implying what he said in Romans 7:7, “What shall we say, then? Is the law sin? Certainly not! Indeed I would not have known what sin was except through the law.” Because the false teachers sought to teach the Law as a regulation for the Christian life, Paul shows just how the regulatory function of the Law looks when it is applied to sinful humanity. When the Law is applied to life as a regulation, it results only in condemnation of sin. That condemnation is not for the justified (Rom 8:1) but for lawless rejecters of Paul’s gospel. The Law, when used properly, is on Paul’s side against those who wish to be teachers of the Law. That’s why it’s so obvious to Paul that these teachers “don’t know what they are talking about” (v. 7).

However, those who submit to Paul’s gospel will not evaluated by the law. They will be granted mercy as Paul, the chief among sinners, was granted mercy (v. 16).

Theologically, what is the role of the Law for today?
I think using the Ten Commandments to show unbelievers their personal sin is not necessarily a bad idea. Paul evidently intended the list here to roughly parallel those Sinaitic injunctions: the fifth through the ninth commandments are especially clear and in order (though the fourth commandment is conspicuously absent). However, we must make clear to unbelievers that keeping the law “from now on” is both impossible and ineffective in erasing past sins. In addition one aspect of genuine conversion and union with Christ is dying to the law (Rom 7:4). The law’s condemnation is laid to rest along with its regulatory authority over believer's lives. The Law is good, but it works for Paul’s gospel, not against it.

This occurred to Jeremy Pittsley at 02:15

I know when I posted on God as the Subject, not object, of theology you were asking a lot of questions about Barth. Mark McDowell wrote a guest post for me on the subject. He is currently doing his PhD under John Webster at Aberdeen on Barth. Webster is considered by some to be the leading authority on Barth in the world. You might want to direct any questions to him, I am sure he is much more capable than I.

I read the guest post last night while I should have been sleeping. I didn't understand that it was a guest post, I thought you had read it in print somewhere and quoted it. Is there some way to speak with him other than through your blog?