Everything God Made is Good

While Christ is now reigning, though his victory over sin and death are secured, there remains an abiding manifestation of the old age. Spiritual enemies of Christ continue to attack the church. The battle is real, and casualties are eternally disastrous. Paul addresses a specific demonic strategy of attack against the church in Ephesus with the following paragraph.

The Spirit clearly says that in later times some will abandon the faith and follow deceiving spirits and things taught by demons. Such teachings come through hypocritical liars, whose consciences have been seared as with a hot iron. They forbid people to marry and order them to abstain from certain foods, which God created to be received with thanksgiving by those who believe and who know the truth. For everything God created is good, and nothing is to be rejected if it is received with thanksgiving, because it is consecrated by the word of God and prayer. 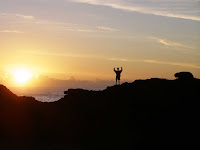 From a church history perspective, it is interesting to note that demonic activity has often used this covert strategy of spreading heresy over against more overt paranormal activity. Perhaps we find it easier to fall into religious pride than outright witchcraft.
This paragraph gives another example of how the false teachers want to be teachers of the law, but do not know what they are talking about. Paul clearly alludes to the Penteuchal words, “God saw all that he had made, and it was very good” (Gen 1:31). In that sense, God’s word has “sanctified” creation. Creation is also sanctified when Christians acknowledge that it came from God. The temptation to idolatry is not a fault in the creation itself but is a symptom of unbelief and culpable ignorance of the truth. When believers acknowledge the source of the gift and love the Giver more than the gift, the gift is “sanctified.” Christians should embrace marriage and meat because God made them for his praise.

This occurred to Jeremy Pittsley at 12:40