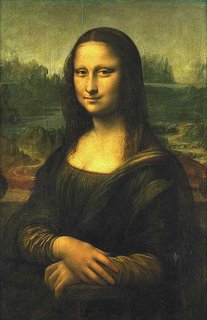 This is a repost from last September. I'm not sure when I'm allowed to begin reposting, but I think this one is worth the airtime. The thoughts expressed in these four paragraphs from Let the Nations Be Glad! by John Piper have been prominent in my thoughts for the past few days weeks. In showing the beauty of ethnic diversity, Piper also points out a diversity in beauty which seems to have been neglected in some constructions of the Christian view of beauty.

"1. First, there is a beauty and power of praise that comes from unity in diversity that is greater than that which comes from unity alone. Psalm 96:3-4 connects the evangelizing of the peoples with the quality of praise that God deserves. 'Declare his glory among the nations, his marvelous works among all the peoples! For great is the LORD, and greatly to be praised; he is to be feared above all gods.' Notice the word 'for.' The extraordinary greatness of the praise that the Lord should receive is the ground and impetus of our mission to the nations.

"I infer from this that the beauty and power of praise that will come to the Lord from the diversity of the nations are greater than the beauty and power that would come to him if the chorus of the redeemed were culturally uniform. The reason for this can be seen in the analogy of a choir. More depth and beauty is felt from a choir that sings in parts than from a choir that sings only in unison. Unity in diversity is more beautiful and more powerful than the unity of uniformity. This carries over to the untold differences that exist between the peoples of the world. When their diversity unites in worship to God, the beauty of their praise will echo the depth and greatness of God's beauty far more than if the redeemed were from only a few different groups.

"2. Second, the fame and greatness and worth of an object of beauty increases in proportion to the diversity of those who recognize its beauty. If a work of art is regarded as great among a small and likeminded group of people but not by anyone else, the art is probably not truly great. Its qualities are such that it does not appeal to the deep universals in our hearts but only to provincial biases. But if a work of art continues to win more and more admirers not only across cultures but also across decades and centuries, then its greatness is irresistibly manifested.

"Thus, when Paul says, 'Praise the Lord all you nations, and let all the peoples extol him' (Rom. 15:11, author's translation), he is saying that there is something about God that is so universally praiseworthy and so profoundly beautiful and so comprehensively worthy and so deeply satisfying that God will find passionate admireres in every diverse people group in the world. His true greatness will be manifest in the breadth of the diversity of those who perceive and cherish his beauty. His excellence will be shown to be higher and deeper than the parochial preferences that make us happy most of the time. His appeal will be to the deepest, highest, largest capacities of the human soul. Thus the diversity of the source of admiration will testify to his incomparable glory" (p. 198-199).

After reading through these paragraphs again, I am also delighted to see the balance Piper strikes here. He implies throughout a diversity in Christian beauty, but he does not allow that beauty is altogether a personal or cultural matter. The beauty of God is the objective standard; God appeals to the "deepest, highest, largest capacities of the human soul," while Mona Lisa, for example, may only appeal to the Western version of such capacities. God is what beauty is, and he has implanted "deep universals" in our constitution as image-bearers whereby we inevitably recognize this beauty at some level (though in our pervasive depravity we suppress and hate this beauty if left to ourselves).

This occurred to Jeremy Pittsley at 07:07