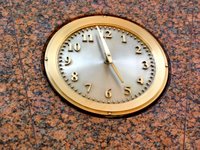 A few years ago I was speaking with a distant relative who is a pastor. I’m not sure exactly what brought us around to the topic of eternal security, but for some reason he asked me if I believed it. Now I have serious objections against those who hold to a doctrine of eternal security which is not part of a doctrine of perseverance, as last Wednesday’s post should make clear. Apparently these same objections forced this pastor to conclude that the doctrine of eternal security was only a license to sin and a reason for unbelievers to delay repentance. To prove his point against the eternal security position, the pastor pointed out that he could be certain that the pretribulation rapture position was correct because it does not give unbelievers a reason to delay repentance. In his mind, all the other rapture positions did give men a false sense of security, so the pretribulation position must be right. I thought that this was an interesting, if not altogether determinative, way of proving his point.

Although, I am not nearly clever enough to think of this on the spot, I realize now I might have turned this argument on its head. I could have made it an argument for the doctrines of grace. I should have told him that one sin that God hates intensely is the sin of pride, and one sin that man always embraces, given the opportunity, is pride. In the Arminian way of looking at things, believers have one good thing to their credit, one good thing they did without God’s effective help: they believed. “The Arminian system allows men to delay turning from their pride,” I should have said. But if God determines to save us, despite our hatred of him and ill-desert, if he makes us holy and brings us to glory, then we must repent of pride and praise him.

This occurred to Jeremy Pittsley at 11:47