Hope Worth Fighting For 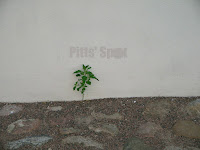 Paul begins his letter with his customary modification of the standard Greek letter-heading.

Three items in the first two verses give us a foretaste of the content to follow:
(1) Paul’s apostolic authority is rooted in the “authoritative directive” (BDAG) of God himself. If the false teachers were to appeal to the authority of the OT law to bolster their teachings, Paul could appeal directly to the God of the OT who sent him as a messenger of Christ.

(2) Timothy’s delegated authority is authenticated by the fact that Timothy is Paul’s “legitimate child,” that is, a disciple who accurately represents Paul’s apostolic doctrine and interests. If the false teachers were going to fight against Timothy’s efforts to restore the church to order and orthodoxy, Timothy could appeal to Paul who sent him as a delegate for the sake of the true gospel in the Ephesian church.

(3) The fact that God is “our Savior,” Christ “our Hope,” and both the source of grace, mercy and peace will bolster what Paul has to say about the gospel over against those who “want to be teachers of the Law.” The gospel’s availability to sinners (1:15) and indiscriminate call to salvation (2:4) would probably have scandalized Paul’s opponents. But Paul and Timothy are set on stabilizing and maintaining the Ephesian church as the “pillar and foundation of the truth” (3:15).

What might be thought of as a dogmatic and power-hungry move from Paul is shown to be something entirely different when, among other times, he pens the unique phrase, “Christ Jesus our hope” (see Col 1:27). Paul’s defense of the gospel against heresy is not grasping for power but battling for truth—and not just any truth, the ultimate truth, that the divine Messiah who conquered sin and death will save from wrath those who trust him and deliver them to a kingdom of righteousness and life.

This occurred to Jeremy Pittsley at 22:31