That On Which All Thanksgiving Depends 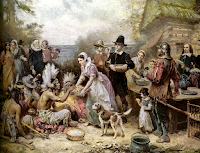 “In him we were also chosen, having been predestined according to the plan of him who works out everything in conformity with the purpose of his will, in order that we, who were the first to hope in Christ, might be for the praise of his glory” (Eph 1:11-12).

“God from all eternity did, by the most wise and holy counsel of his own will, freely and unchangeably ordain whatsoever comes to pass” (Westminster Confession 3.1).

Sometimes modern Christian custom gives opportunity to elucidate apostolic Christian doctrine. At least since the first Passover in Exodus 12, God’s people have seized on the practicality of using customs and traditions to teach and exhort the next generation.

Thanksgiving Day affords us a timely opportunity to reflect on what the Scriptures have to say about the divine decree and providence. Thanksgiving Day is pure nonsense, without the teaching that God is working everything--yes, everything--according to plan and that nothing--no, really, nothing--fails to contribute to the grand culmination of his purpose. If those sayings were not true, then all the good gifts we enjoy came to us by impersonal fate or chance. They do not really provide us with a reason to be particularly grateful. In addition, all the good gifts we enjoy become meaningless if they are simply the ephemeral elation of endorphins.

To say it positively, Thanksgiving Day is meaningful and profound when observed on the Christian worldview. The day reminds us that the gifts we enjoy have a personal loving author. These gifts are intended as reminder to approach God in worship through Jesus, as Paul told the Lyconians:

God “has not left himself without testimony: He has shown kindness by giving you rain from heaven and crops in their seasons; he provides you with plenty of food and fills your hearts with joy” (Acts 14:17).

This occurred to Jeremy Pittsley at 18:56 0 contribution(s) 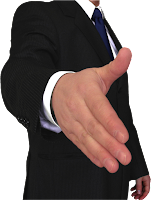 Last week's deputation time was invested in assembling the necessary materials for our information packets to go out to pastors. I also spent some time researching and filling in the blanks for some of the contacts that I received through my seminary's database. I have a lot of church names without pastor names, so I'm hunting down what information I can online before contacting these pastors.

I've been encouraged by some of the ministries I've glimpsed through the websites. Reading statements of faith and missionary questionnaires doesn't tell me a great deal about the church, but it can give me a feel for what they care about and think is important. I hope some of these churches will be able to become partners in our mission.

This point brings me to a prayer request. Because these churches don't all agree to a standard statement of faith, there are many differences of content between my statement and theirs. I need wisdom and humility to know where I can present my ministry in good faith that I will represent these churches well in Kenya. On one side, I need to be clear about what I believe and not cave to pressure for the sake of support; on the other side, I need to keep the gospel central and be willing to cooperate beyond my preferences for the sake of its progress. The fact that my paycheck and departure date are dependent on the support of partners tends to cloud the issue; pray that it won't.

This occurred to Jeremy Pittsley at 23:09 0 contribution(s)

Celebrating the Glory of the Atonement

As the year comes to an end, I am scrambling to finish up some of the various projects I started this year and meant to finish much earlier. This particular reading project began in late spring or early summer: In My Place Condemned He Stood: Celebrating the Glory of the Atonement

by J. I. Packer and Mark Dever.

The individual chapters of the book have appeared as articles, chapters, or introductions elsewhere. J. Ligon Duncan added an annotated bibliography to Dever and Packer's foreward, introduction and conclusion; all of which are new.

The book primarily seeks to defend the veracity and centrality of penal substitution in the gospel message. And the authors also seek to point out some of the implications of substitution for the question of the extent of the atonement.

The first point is becoming more controversial than it has been in the recent past. Indeed, the flood of recent works on the atonement that explicitly reject penal substitution is undoubtedly one of the reasons these essays have been republished. Two insights from the book are helpful here: (1) Penal substitution is not to be understood as the only motif of the atonement, but it is the central motif anchoring all the others (Dever, pp. 109–110; Packer, p. 73). (2) Penal substitution is not an exhaustive explanation of the grand transaction that resulted in the salvation of everyone who trusts Jesus. An exhaustive explanation is as impossible as an exhaustive explanation of the Trinity, the incarnation, or any other act or attribute of God. The end of theological rigor—in this arena as much as the rest—is humble worship not arrogant rationalism (Packer, pp. 57–58).

The second point, namely that penal substitution implies particular redemption, seems never to have been uncontroversial. The argument follows this train: if Christ suffers a sinner’s penalty in his place (penal substitution), then that sinner cannot in turn suffer that same penalty (Packer, p. 91). Therefore, if a sinner suffers the penalty on his own, then Christ could not suffer the penalty in his place. Of course, many would argue that it’s not that simple, and that’s why there are such things as four-point Calvinists. Nevertheless, the argument deserves some thought.

The book was delicious and nourishing. I think it brings together some of the best material Packer has produced over his prodigious career. I’m glad I stuck with it to the end—better late than never.

This occurred to Jeremy Pittsley at 22:41 2 contribution(s) 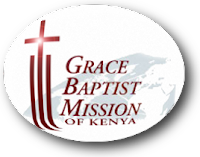 After our second church meeting, it's about time that the Pittsleys begin keeping interested persons updated on the progress of our missions endeavor.

Right now I am finishing up a project at work while beginning to contact more churches about supporting our work in Kenya. Progress on that front is slow, but I've been preparing for this time for a full decade, so I'm not discouraged.

Since I need to be blogging regularly to keep people informed anyway, I figure that I might as well do it right. I hope to post at least twice a week: once on the progress of the mission and once on some point of theological interest. I'll probably change the site around some in the coming weeks to make things more accessible for new readers.

This occurred to Jeremy Pittsley at 16:29 0 contribution(s)